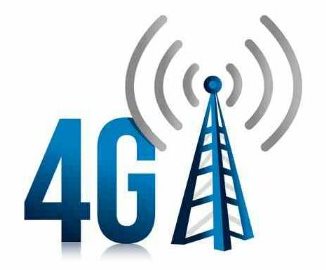 NEW DELHI: Smartphone makers in India have lined up an array of 4G device launches to cash in on the festive season, which has typically seen an over 20% jump in sales in the world’s fastest growing market.

Top brands such as Samsung, Micromax, Lenovo, Sony, LG, Karbonn, Intex, Lava and Gionee plan to refresh their handset line-ups with the latest 4G smartphones. The companies see demand for 4G handsets growing over the coming months with the roll out of Bharti Airtel’s pan-India 4G services and the forthcoming launch of 4G services by the country’s secondlargest telecom operator Vodafone India and billionaire Mukesh Ambani’s Reliance Jio Infocomm.

Shubhajit Sen, chief marketing officer at Micromax Informatics, said it is strongly focused on the first time 4G users as well as first time smartphone users. “We will be launching 5-6 new 4G smartphones across varied price points and specifications to address needs of the diverse consumer set. This festive season, we will also offer disruptive products and compelling offers for the first time smartphone users to drive their transition from feature phones. We believe, this Diwali will be an ‘Online Diwali’ with a lot of action moving on this platform and we are geared up for this,” Sen said. The festive season begins with Navratri, which falls in October this year, and peaks on Diwali, which will be celebrated in November.

Experts say a key difference in marketing spend this year will be a sharp increase in focus on the online sales channel. In the ongoing (third) quarter, almost 30% of the total smartphones being sold are through the online channels or ecommerce websites.

Moreover, ‘exclusive’ online only smartphone sales have contributed to more than 20% of the total smartphone sales between July and September so far, according to Counterpoint Research. Sony India is expecting sales to touch Rs 5,000 crore between August and November through its BRAVIA TVs and Xperia smartphone range, almost half its last financial year’sRs 10,400 crore revenue.

“We soon plan to launch our new premium range of Xperia Z series smartphones in India, alongside global launch,” said Taro Yamamoto, head, Xperia division, Sony India. He said Sony will pump in a total of Rs 250 crore towards marketing during the festive season.
South Korea’s LG too has earmarked about Rs 30 crore for marketing spend around Diwali this year, and expects 40-50% sales increase in month-on-month sales during the season, a spokes person said.

Market leader Samsung is working on campaigns for its handset and consumer durables focused on the festive season. The company sees around 20% jump in sales during the season. China’s Lenovo, which is leading the 4G sales in India, has over the past few years seen a 1.2-1.3 times jump in sales around Diwali compared with average months. Sudhin Mathur, director of smartphones at Lenovo, said the company expects the trend to continue this year as well.

Indian vendors like Intex, Lava and Karbonn are also betting big on the season ahead.

Karbonn’s executive director Shashin Devsare said the brand expects to sell around 1 million smartphones during the festive season, and coupled with significant spends on marketing, would see a 15-20% growth in sale during the period.

Intex’s director Keshav Bansal said the company estimates an increase of 20-25% in sale in October-November by spending over Rs 70 crore around Diwali and launching 5-6 new smartphones in October.

China’s Gionee, which just tied-up with Foxconn and Dixon to kick-off domestic production of handsets, will be spending around $7 million (around Rs 50 crore) in marketing during the festive season with three new 4G models planned. This will push up Diwali sales by 40%, said Arvind Vohra, Gionee India CEO.

Tarun Pathak, senior analyst, mobile devices and ecosystems at CounterPoint Research, said smartphone launches during the festive season generally have longer lifecycles and better recall due to promotions and incentives associated with the product during the launch.

Counterpoint has estimated 24% and 26% sequential growth in overall and smartphone market in the third quarter of 2015. In the October-December quarter, the growth is expected to continue because of Diwali falling near mid-November apart from other market forces and competitive landscape like Reliance Jio LTE launch and growth of ecommerce channel. “We estimate a 17% and 58% yearly growth in overall and smartphone market in fourth quarter of 2015,” Counterpoint’s Pathak said.