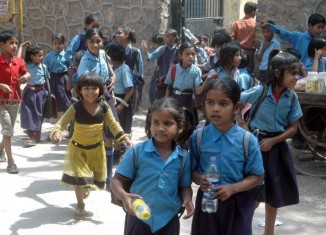 NEW DELHI: Effective implementation and execution of schemes and programmes for girl education is set to get a boost with the launch of web-based tool ‘digital gender atlas’ which will identify low-performing geographic pockets for girls on specific gender-related indicators.

“It is a tool used for education planning and administration and will help us target a plan of action for effective implementation of programmes,” school education secretary Vrinda Sarup told media.

The atlas, prepared in active collaboration with Unicef and released by the human resources minister Smriti Irani in Chhatisgarh on March 8, is a visual representation of the vulnerabilities impinging education of girls.

“The atlas provides comparative analysis of individual gender-related indicators over three years and that enables a visual assessment of the change and an understanding of whether some intervention introduced in a geography at a particular point of time has worked or not,” a press statement said.

It visualizes the vulnerability status of an area based on composite index of three parameters such as rural female literacy and percentage of boys and girls with disabilities, particularly girls.

The performance status of individual indicators can be visualized at the state and district level, differentiated by colour coding.

For example, the level of vulnerability of districts and blocks in Chhattisgarh, western Gujarat or Rajasthan can be measured with the digital atlas.

The atlas is placed on the HRD Ministry website and available and ready to be used by states, districts, block education administrators or any other interested group including NGOs, ministry officials said.

It has been developed as a hands-on management tool to enable critical decisions and actions in pockets where gaps are to be met, the Secretary said.

The map has been prepared with data collated from the Unified District Information System for Education Data, Census 2011 and district-level health survey.

While India has achieved high enrollment for girls at primary and upper primary levels, enrolment, however, remains low at the secondary level.

At the upper primary level, the representation of girls in total enrollment is 48.66% and at the secondary level at 47.29%.