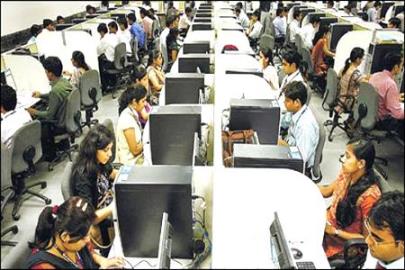 CHENNAI: The Madras high court has restrained IT major Tata Consultancy Services (TCS) from terminating the services of a pregnant woman employee for a period of four weeks. Justice M Duraiswamy gave the interim injunction on a petition filed by 32-year-old Renuka (name changed), who said she was served termination orders on December 22, 2014, and she was to be relieved from service on January 21, 2015.

The reported largescale retrenchment at TCS has been a subject matter of animated discussions on various social media sites for the past few weeks. On their part, some established trade unions have been trying to gain a toe-hold in the IT sector by mobilizing software professionals.

Reacting to Tuesday’s development, a TCS spokesperson said: “We have not received any court order regarding this. TCS conducts its performance appraisal process in a fair and professional manner. In this situation, we will review the issues raised in a responsible and considerate manner.”

In her petition, Renuka said: “If, out of the blue, I am deprived of my job, I will be exposed to great hardship. I will particularly be exposed to hardship as I am pregnant now. Based on my job, I have made commitments, including that of payment of a housing loan. If I am relieved from service, I will not have the benefit of health insurance scheme of the company during my delivery.”

She said she had been unfairly shortlisted for termination though she had a good service record, and in gross violation of key provisions of the Industrial Disputes Act, 1947. Renuka said she joined TCS in Chennai in March 2011 as IT analyst. She is a ‘workman’ as per Section 2(s) of the Industrial Disputes Act, 1947, as her main duties and responsibilities are technical and clerical in nature, she said. Noting that she was honest, sincere and dedicated, she said her performance had always been very good. “The decision to terminate the services of experienced workers like me is unfair and overlooks our sincere and dedicated performance, and is purely profit-driven,” she said.

Renuka said the company had reportedly taken an unfair decision to terminate the services of 25,000 employees of designation assistant consultant and above, and to recruit 55,000 persons, predominately freshers, on the basis of campus interviews, and other less experienced persons with a view to cut costs.

TCS does not propose to pay 15 days of wages for every completed year of service as compensation which too is mandatory under the Act, she said. She wanted the court to ask labour department to commence conciliation proceedings, and to direct TCS to await outcome.