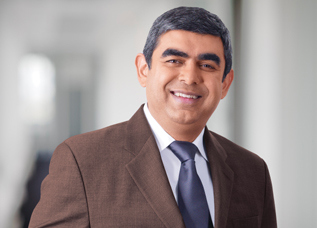 NEW DELHI: : Infosys has secured the high-profile contract to develop and operate the technology platform for the proposed goods and services tax (GST), beating the biggest names in Indian IT and US tech giant Microsoft.

“Infosys has bagged the contract… The company will develop the system and operate it for five years,” Navin Kumar, chairman of the Goods and Services Tax Network, told ET.

The GST IT system will provide a standard interface for the taxpayer including registration, filing of returns and payment of tax and a common and shared IT infrastructure between the Centre, the states and other bodies such as the Reserve Bank of India.

Bengaluru-based Infosys, India’s second-largest software exporter, declined to comment on the development. “We are not offering comments as we are yet to receive an official communication on this,” a company spokesperson said.

Bigger rival Tata Consultancy Services, Wipro and Tech Mahindra were also said to be in the race for the prestigious contract, which entails designing, developing and maintaining the GST system. Infosys bagged the contract with a bid of Rs 1,380 crore.

GSTN was incorporated in March 2013 as a not-for-profit, non-government, private limited company. The central government holds 24.5% equity in the company and all states, including Delhi and Puducherry, and the Empowered Committee of state finance ministers together hold another 24.5%. The remaining 51% equity is with non-government financial institutions. GST, hailed as a comprehensive reform of indirect taxes that could lift country’s GDP by 1-2%, is stuck with the main opposition Congress stalling the Constitutional amendment bill in the upper house of Parliament, where the ruling NDA doesn’t enjoy a majority. The proposed GST would replace a plethora of indirect taxes at the central and state levels with a single levy and create a unified national market in the country from April 1, 2016, a deadline that may be missed if the Congress continues to oppose the bill.

Tax experts said the award of this contract displays the government’s intent to push the new tax.

“GST can only be successful if the technology backbone is strong. Recent experience in Malaysia, which implemented GST from April this year, further amplifies it,” said Pratik Jain, a partner at KPMG in India.

He said the award of the contract in the face of the delayed passage of the bill shows the government is serious about implementing the new tax as early as possible.

“With ongoing work on drafting of GST law, this further gives assurance to the industry that GST is not far away. One would hope that the GST network would be ready for testing in time,” he said.

All states will use common IT processes under the GST and most are revamping their systems. Registrations on the portal are expected to begin from January.