The India’s largest and most comprehensive IoT event

Smartphone users in urban India will touch 651 million & 18.7 million tablets users by 2019 compared to 111 million users in 2014 according to a study by networking solutions giant Cisco – Commercial 4G launches in India have started & 5G is on anvil with a mobile subscriber’s base of over 970 million – One of the fastest growing & largest telecom market place in the world. Telco’s in India are excited and have realized importance of Internet of Things (IoT) market which is growing worldwide at a fast pace. IoT technologies allow both wireless and wired systems to communicate with other devices / systems of the same ability. Innovative applications like smart cars, connected homes, smart metering, remote management and industrial data collection would be the major revenue drivers of service providers worldwide in the future.

IoT is touted as the next big business opportunity for Telco’s and Vendors - According to a joint study conducted by GSMA and Machina Research, the number of total connected devices would grow from more than 9 million today to 24 million in 2020. According to latest industry reports by NASSCOM – IoT is a mammoth opportunity for the world & India. In next 5 years global opportunity is likely to touch 300 billion USD and India will boast of a 15 billion USD market of IoT. Moreover according to Machina Research - IoT in India will account for USD 10-12 billion by 2020. This will comprise of USD 194 billion from hardware and USD 179 billion from software.

Now into Successful 5th Year - Being India’s Largest & Most Comprehensive Event on IoT – The forum will offer a world class platform for understanding business value proposition of IoT and how IoT technologies and applications will help businesses to fuel growth and productivity in India market.
Associate Partner 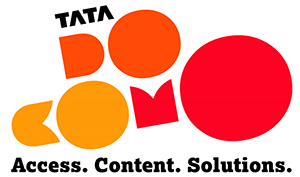 Attendee Profile
Learn & Network – A Must Attend Summit For:

Capitalise from IoT Business Ecosystem in India !
We can offer you attractive special packages for this leadership forum, tailored to your individual needs -