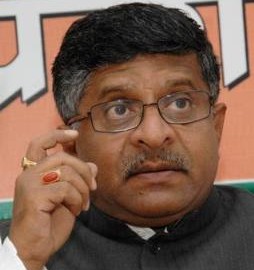 NEW DELHI: A total penalty of Rs 2,179.41 crore was imposed on telecom operators till September 30, 2014, for violation of customer verification guidelines, the government said today.

In a written reply to the Lok Sabha, Communications and IT Minister Ravi Shankar Prasad said, “A total penalty of about Rs 2,179.41 crore has been imposed since the inception till September 30, 2014 on telecom operators for violations of verification guidelines.”

The minister said the Department of Telecommunications (DoT) issued latest instructions on August 9, 2012, on subscriber verification.

Prasad said the verification of identity of mobile phone users is mandatory and the DoT has been issuing instructions from time to time for the same.

“These instructions contain procedures for verification of identity of mobile subscribers which stipulate that mobile connection should be issued on the basis of documents as proof of identity and proof of address,” he said.

Prasad said the Department has found from the audit of customer application forms (CAF) that only about 4 per cent of CAF were non-compliant to the subscriber verification guidelines during 2013-14.

The reasons for non-compliance include missing CAFs, missing photo/proof of identity/proof of address on CAF, subscriber’s acquisition based on apparently forged documents, pre-activated mobile connections and bulk connections issued to an individual or a company or an organisation.