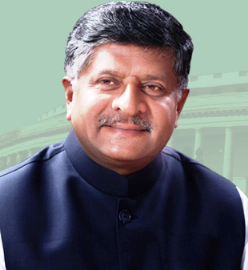 “Technology is overtaking us. Google wants to explore the Loon project and also, Microsoft is trying to explore white space. As a minister, I am very clear that all new technologies must be given proper opportunity for experimentation,” Prasad said at a National Seminar on Spectrum Management.The Loon project is learnt to have hit a hurdle, with a committee examining it.

The Internet giant wants to experiment its Loon project in premium spectrum bands of 700 Mhz or 800 Mhz. However, the committee under IT secretary has asked the company to reconsider its request for these premium bands because of availability issues.

The technology, used for 4G services, has the potential to replace mobile towers as it can directly transmit signal on 4G mobile phones.

According to Google, each balloon can provide connectivity to a ground area of about 40 km in diameter using a wireless communication technology called LTE, or 4G.

The Project Loon partners with telecommunication companies to share cellular spectrum so that people can access the Internet everywhere directly from their phones and other LTE-enabled devices.
The government, the minister said, will encourage other entities interested in developing new technology.

“A decision on the end use of that pilot will of course be taken by us at a policy level later,” Prasad said.

Microsoft has approached the telecom ministry to experiment use of the unutilised airwave space for delivering wireless broadband.

Since spectrum is scarce natural resource, its allocation must be done in “a fair and transparent manner”.

“We are in the process of (spectrum) harmonisation, which will be completed soon. The Defence spectrum band in the country has been promulgated. It was pending for the last 7-8 years,” Prasad said.

Underlining the need to make spectrum auction more liberalised, he sees “a huge explosion of technology” in the country with machine-to-machine (M2M) communication.
“We have laid out the whole architecture of M2M technology. Smart cities are coming up. In the IT department, I have also asked for framing a policy on Digital Village,” Prasad said.
Under the Digital Village programme, the government will select a block in a district and one village panchayat will be developed as digital village where technology will be used for education and health.