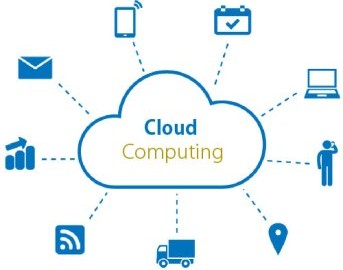 BT, on Tuesday announced two new contracts with the European Commission to deliver public and private cloud services across 52 major European institutions, agencies and bodies – including the European Parliament, the European Council and the European Defence Agency. Both framework contracts – awarded last December – run for up to four years with a combined worth of more than €24 million. Following execution of the framework contracts, BT will implement the contracted private cloud services, and becomes one of five providers that will compete for public cloud projects.

These are the third and fourth European Commission framework contracts that have been awarded to BT in 2015, all of them following open calls for tenders.

The customised, underlying technology platform meets the EU’s strict requirements in terms of compliance, security and privacy. It combines the speed and agility of public clouds with the control and security of private clouds.

The services will be hosted from several secure, geographically spread data centres within the European Union, ensuring both high resilience and guarantee that all customer data will remain within the Union. They will be integrated and managed from BT’s Compute Management System (CMS) – a single, federated portal which seamlessly delivers customers the IT services they need from anywhere in the world. Described by analysts as BT’s “secret sauce”, it shows how BT brings to life its Cloud of Clouds vision, announced last year.

“This is a milestone in our journey to be the leading global cloud services integrator, and demonstrates how we minimise the complexity, risks and costs for our customers as they move to the cloud. I’d like to take this opportunity to, once again, thank the EU for putting its trust in BT,” said Corrado Sciolla, President Europe and Global Telecom Markets, BT Global Services.

Last August, BT signed another framework contract with the European Commission, with a value of up to €15.2 million over seven years. That contract included voice services across 21 major European institutions, agencies and bodies. This followed a large framework contract signed in March 2015 – with a maximum value of €55.7 million over five years – for the delivery of dedicated internet access to all major European institutions, agencies and bodies across the 28 member states.

BT has been providing services to the European Union for more than a decade, building on its expertise in serving the needs of regional, national and international government organisations around the world.