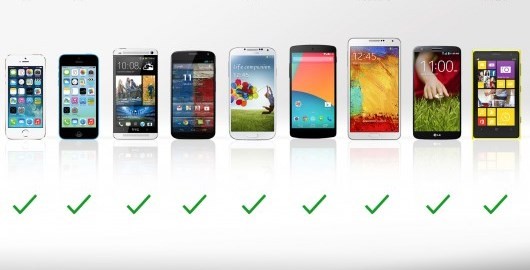 NEW DELHI: A slew of 4G handsets are hitting the market as mobile handset makers seek to get the first-mover advantage ahead of the launch of 4G data and voice services across India by Mukesh Ambani’s flagship telecom venture, Reliance Jio Infocomm, and expansion of offerings by the country’s No. 1 carrier Bharti Airtel.

While device manufacturers such as Xolo, Xiaomi, Gionee, Lenovo and Microsoft Devices have launched affordable 4G smartphones in the country in the 8,000-15,000 range, players like Motorola, Micromax, LG and Karbonn have announced plans to launch devices at these price points soon.

“As and when operators develop larger and deeper 4G networks and push their 4G services, if you are one of the options available in the market, then the benefit directly comes to you,” said Sunil Raina, business head at Xolo.

Jio, which has spectrum in the 2300 MHz band (TDD-LTE) across India, is widely expected to launch 4G services in phases starting March 2015, while Bharti has already launched its 4G services in 15 cities using the same technology and is in the process of expanding its 4G footprint.

Both these operators, along with Vodafone India and Idea Cellular, have the 1800 MHz airwaves, which support 4G on the FDD-LTE technology. Currently, handsets supporting both TDD-LTE and FDD-LTE from the likes of Apple, HTC and Oppo are offered at prices upwards of 30,000, while the ones in the affordable range support only TDD-LTE.

The fact that both Qualcomm and Mediatek are introducing chips targeting entry or mid-level 4G handsets is driving price points lower, which, experts say, is the key to wider adoption of 4G in India.