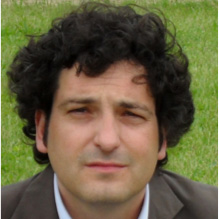 Ours is an increasingly data-driven world, a long way from the one envisaged by the developers of the first wireless networks. Those early networks were all about enabling voice calls on the move – with maybe a text (SMS) message or two being sent. The early SMSs gave their senders a taste for more.

This next generation technology, LTE (Long Term Evolution), as the standard was named, uses a different part of the radio spectrum from its predecessors and is operable over a wide range of frequency bands. It’s also designed to operate on a network architecture that uses the IP (Internet Protocol) system. It should be noted that LTE itself is not, strictly speaking, a 4G (fourth generation) technology; that is the domain of its successor, LTE Advanced.

IP addresses are what will reference each device in the Internet of Things (IoT), which is widely believed to represent the future direction for computing, bringing together a number of technologies. It is expected that billions of devices with embedded intelligence will be connected to the Internet by 2020. Because of their intelligence, the devices will be capable of being controlled remotely, using a variety of communications technologies.
LTE represents one of the technology strands that will converge to deliver IoT. It offers much higher download and upload speeds in comparison with 3G technology, as well as lower data transfer latency and better support for mobility. Depending on the frequency band being used, the technology can support terminals moving at up to 500km per hour (310 miles per hour). This makes it eminently suitable for a wide range of services in the Machine to Machine (M2M) sector, using a small LTE data modem such as those available from u-blox. In addition, the technology’s ability to support variable cell sizes –anything from tens of metres up to 100km (62 miles) – helps make it usable in a wide range of situations and environments.

Information at users’ fingertips
Some of these services are already available but can be delivered faster or better than has been possible hitherto; others are made possible by the increased speed or packet size on offer with LTE. In the automotive arena, LTE is already capable of providing car passengers with all of the voice, video, Internet access and social media services they need. The ‘infotainment’ offering can be developed, for example through integration with vehicle navigation systems to provide fuller, video rich, information about local points of interest or services available. It’s likely that cars in the near future will be supplied fitted with an LTE router, or an adapter capable of turning a mobile phone into a WiFi hotspot, to enable this type of service to be offered.

The same type of approach could be taken in more general applications: providing shoppers or tourists with more information about the area in which they are located, or even those attending a sporting event or mass rally with extra information. Interactive video, coupled with information from global network satellite system (GNSS) units, could provide new social media services such as proximity dating – identifying and finding potential partners who happen to be located close by.

Another area of mass deployment that is already starting to be developed is in remote healthcare: providing care to patients using terminals fitted in their homes. This gives them direct access to healthcare professionals and can be used to provide diagnostic information as well as to monitor chronic conditions such as diabetes and heart disease. In common with the automotive application, LTE is important in enabling data rich video links to be established, in this case with private or public healthcare organizations as well as in assisted living applications.

Video, wherever and whenever
The ability to provide data-hungry video solutions is an important aspect of LTE over its predecessors, which were essentially telephony systems with limited data capability. Renewable energy can be used to provide power in off-grid locations. This extends the reach of data- or video-based activities into areas that would previously have been unavailable, opening up possibilities for applications such as remote surveillance or video monitoring.

LTE will allow video to be streamed from environments that are hostile or remote – possibly using robots to capture and send back data. This could provide a highly cost-effective means of monitoring a variety of locations such as warehouses, healthcare facilities, factories, retail outlets and a variety of other residential, commercial or industrial locations.

The ability to transmit large volumes of data will make it feasible to site some types of business in low-cost locations. Communication between the locations can take place by video link rather than using conventional or mobile telephony.

LTE in the danger zone
Another sector that will derive great benefit from LTE’s ability to send video and high volumes of data, this time coupled with off-grid electricity supplied through renewable sources, is when natural disasters occur. Communications can be restored rapidly to areas that have lost conventional telephony – providing, of course, that personnel are able to reach the disaster zone: always the stumbling block in such a scenario.

In this situation, drones could carry out aerial mapping and LTE-based cameras could also assess buildings for damage in disaster situations. They could equally be used for search and rescue operations as well as in less perilous environments such as surveying, crowd and traffic monitoring, aerial photography and by utilities.

Because of its extensive data-handling capacity, LTE, in conjunction with cameras, can be used at security checkpoints, for instance at airports, to transmit scanned images of travellers’ faces and send them to a database to be matched. This will allow passengers to be identified quickly and authorized for travel.

For other travellers, it’s likely that LTE could be used to replace the traditional billboard with digital signage units. There would be no need for the ladder, glue pot and large piece of paper: roadside signs could be changed a number of times a day and tailored to suit the passing traffic.

LTE’s ability to carry video-rich multimedia messaging as well as tapping in to or providing new social media services could be used to enliven vending machine sites and enrich the lives of those using them. Coca-Cola has already experimented with this by networking machines and enabling users of a specially-created app to offer a Coke to someone they’ve never even met who could be on the other side of the world.

From split-second timing to grass roots
For more time-critical applications – traffic control, collision avoidance, financial transactions, for example – LTE’s low latency (a few milliseconds) will enable it to make the difference where split second reaction is required. At what could be considered the other end of the scale, returning to the telephony-based roots of its ancestry, LTE can even be used to replace the physical connection to homes and businesses – the so-called ‘last mile connection’ – with a wireless connection to a WiFi router.

The limit of LTE capability is really in the operator’s or service provider’s imagination. With the requisite infrastructure in place, and equipped with a low-cost wireless modem, any previously standalone machine can be connected into a local or global network and rendered a fully functioning, location-aware device that can truly take its place in the Internet of Things.