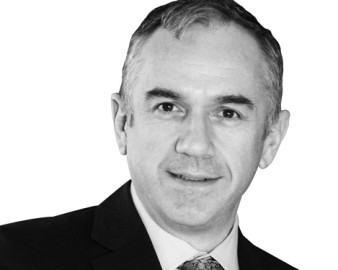 The latter half of 2015 is expected to be a breakthrough period, where the country will witness multiple market players launching 4G on the 1800 MHz spectrum. Globally, ever since the first rollout of 4G LTE in 2009, the number of subscribers with LTE access has been growing steadily. According to a recent news report, around 360 commercial LTE networks now operate in 124 countries worldwide, 96 new LTE networks were launched in 2014 and this number is expected to reach beyond 450 by the end of 2015. While the Asian market as a whole was slightly late to adopt LTE, it is however expected to see a significant adoption rate with India and China estimated to account for almost 47% of total demand. LTE connections across the world are predicted to pass one billion by 2017. Sixty five percent of the world population is expected to be covered by LTE by the end of 2019.

The Indian government itself has recognized the critical role that mobile technology has been playing in the empowerment of people, ease of business transactions and data, transparency and accountability. The recent initiatives like the Digital India Campaign and the concept of smart cities are testimony to the fact that the government intends to transform the country to not only make it future ready but also ensure that technology, with mobile being a key part, integrates seamlessly with the daily lives of both urban and rural communities. LTE will play a crucial role in this regard as country further looks to develop and connect the rural regions with the rest of the country.

The concept of smart cities is of great significance and great deal of it revolves around LTE, which analysts’ state will play a substantial role in realising the dream of 100 smart cities by the close of the year 2022. Right from smart homes, public safety, intelligent transport and smart grid solutions, the referred cities will witness greater integration with the LTE network. For instance the concept of smart homes depends heavily on network and connectivity and once in place would allow even all domestic tasks to be handled in a whole new way. More so, cross-device compatibility, wireless connectivity, voice commands, smart monitoring etc. would be better integrated through LTE devices and networks.

From a sector perspective, even areas such as healthcare could witness greater integration that will have a notable impact on the current set up. Remote healthcare and telemedicine services will benefit tremendously, allowing for remote consultations, diagnosis and follow ups, as well as real time or rather timely interventions. It would save time of and cost incurred by both patients and healthcare providers. Plus, LTE would help to enable emergency vehicles to directly connect with the hospitals to get expert diagnosis en-route, reducing treatment times and eventually saving lives.

While the outlook appears positive, recent reports suggest only a small fraction of the total 7 billion global subscribers are currently using LTE network. In India, the growth has just started picking pace as availability and affordability of the LTE devices makes it accessible for larger group of consumers.

Considering the existing infrastructure in India, the deployment of LTE is going to be a big challenge for players. With the wide variety of spectrum available for deployment (Band 3 (1800 MHz), Band 5 (800 MHz) and Band 40 (2300 MHz) LTE in the country will be very different from what we have seen in other developed nations like the US, Japan, South Korea etc. and more will have to be done to build a more conducive and growth-oriented domestic LTE eco-system.

More importantly, telecom operators would need to introduce attractive plans to get the potential users on board and further better their chances of increased revenues from non-voice services.

Telecom operators have to spend considerable efforts to bring in awareness of LTE to the consumers. Key advantages of LTE over 3G needs to be packaged and addressed in order to showcase the experience of LTE.

That aside, the national government at the same time will need to ensure, improved security and support through subsidies to ensure that telecom operators have the means to rollout LTE networks across each state.

Moreover, 4G has to be a national phenomenon rather than serving only a few ‘segments of the national population. Taking it beyond the urban regions and ensuring the users from rural areas understand and accept the new technology will be critical for the intended success of 4G in India.