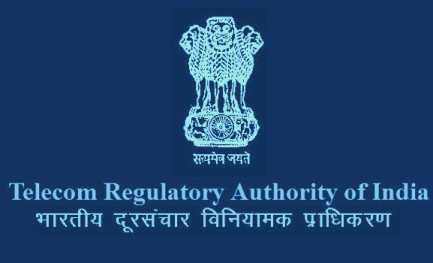 NEW DELHI: The Telecom Commission on Monday fixed the weighted average spectrum usage charge (SUC) at a minimum of 3% of revenue, raising the user charge for Reliance Jio Infocomm and Maxis-controlled Aircel, while shooting down the formula proposed by the telecom regulator earlier this month. “The commission has stuck to its previous recommendation but it has introduced one more element, which is maintaining a floor rate for SUC at 3%,” a senior official at the department of telecom (DoT) told ET after the TC’s decision.

The Telecom Commission’s proposals will be considered by the Cabinet next week. The next round of airwaves auctions, which have been held up over the SUC issue, can take place 45 days after the Cabinet gives its approval. Reliance Jio, which according to the earlier formula proposed by the Telecom Commission, was to have an SUC outgo of 2.88% of revenue, will now have to pay 3.05%, according to the DoT sources. This fee will be the weighted average for Jio while the telco will continue to pay 1% SUC on the spectrum it won in 2010 auction.

Aircel, which would have to pay 2.83%, will now have to shell out 3%, as per the new formula. Reliance Jio will have to pay an additional 0.5% as it is sharing spectrum of Reliance Communications.

Incumbent GSM operators such as Airtel, Vodafone and Idea, which pay a higher SUC, wanted a flat revenue share rate across all airwave bands and operators. But this has not been accepted by the telecom department, following the opinion of the Attorney General that the user charge on the Broadband Wireless Airwaves (BWA) could not be increased above 1%.

“The telecom industry is disappointed with the commission’s decision to continue with a weighted average methodology for calculating the SUCs. We believe that the dangers highlighted by the Trai (Telecom Regulatory Authority of India) of revenue arbitrage are still prevalent and we hoped the government would switch over to a flat rate SUC instead of a weighted SUC, which is different for each operator,” said Rajan Mathews, director general of Cellular Operators Association of India (COAI), the industry body that represents GSM operators.

The SUC issue has long vexed the government and been a matter of considerable dispute between the existing GSM operators and Reliance Jio, which is set to launch commercial services shortly.

Under the current practice all non-BWA spectrum, which attracts differing SUC rates, is clubbed together to arrive at a single we ighted average charge for each operator. BWA spectrum is levied a 1% SUC and charged separately for operators that hold these frequencies.

Last month, the Telecom Commission suggested including BWA while calculating the weighted average SUC paid by individual operators. It further recommended that the actual user charge outgo of no operator should fall as a result of the new formula. Therefore, for instance, even though Airtel’s user charge would fall by ` 507 crore as a result of the new formula, it would still have to shell out what it paid the government last year, to maintain `revenue neutrality’.

The Telecom Commission’s recommendations were sent to the Cabinet, who sought the telecom regulator’s views on the issue. Trai proposed that the final bid amounts for buying the airwaves should be factored into the formula for computing the SUC as they indicated the revenue earning potential of these frequencies.

But the Telecom Commission has turned down Trai’s recommendations as it feels that they are too complicated. Instead, it has stuck to its formula, while adding the floor rate provision.