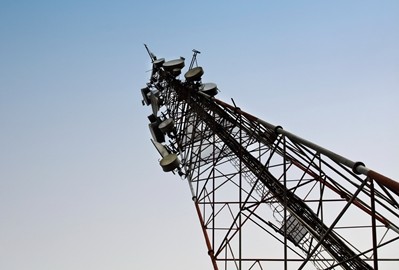 The Telecom Regulatory Authority of India (TRAI) came out with draft rules on April 29 proposing that operators should not activate mobile internet service without explicit consent of consumers and it should be deactivated on sending an SMS to toll free number 1925.

Consumers get bill shocks due to default activation of mobile internet which continues to be in use even after they exhaust subscribed data limit.

The cost of mobile data used after subscription limit vary from network to network and it can go as high as about Rs 10,000 per gigabyte which under scheme can be purchased for about Rs 175 from leading telecom companies.

While TRAI’s consumer survey form counts mobile internet services as a value added service, some telecom operators in their replies to the regulator wanted it to be considered among basic telecom service like voice calls and SMS so that the data services can be activated by default in the connection.

The response from telecom operator shows that all of them activate data services by default and hence consumers willing to take mobile connection have no option but to accept the condition provided in the application form.

“The data and voice services (calls, SMS and roaming) are part of the core bearer services and offered to the consumer as one single bundle of service,” Reliance Jio Infocomm said.
Airtel said: “There should not be separate requirement for taking consent through short code for these bearer services.”

Core or basic telecom services like voice calls and SMS are activated in mobile connections by default and cannot be deactivated like hello tunes, SMS alert service etc that are VAS and consumer need to subscribe for these services separately.

Consumers can claim refund of money if deducted by activation of VAS without consent.

Telecom operators have interpreted that their licence treat data services as core service and said that TRAI’s proposed rule “seems to equate the data services with the value added service.”

Idea Cellular said , “We believe and recommend that data services be activated along with voice services and they should not require any consent from the consumers.”

Vodafone said that it is of “strong opinion that data should continue to be deactivated by default in the newly acquired mobile connection.”

Videocon Telecom and Aircel have supported deactivation of mobile internet service with little difference in opinion.

Videocon said it is open to give subscriber “option to deactivate the services and also to reactivate the same as need be, by contacting customer care or through short code 1925,” but “mandating data activation through a short code will customer unfriendly.”

Aircel said that it has already developed short code to deactivate data services but like some other firms, the company too has opposed any separate consent for consumers using data packs or schemes.

Telecom consumer organisations have supported TRAI’s proposal. Haryana Technical Association said that data service on consumers’ mobile should be stopped after he/she has consumed subscribed limit and not opted for further recharge.