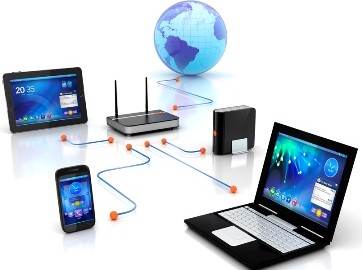 NEW DELHI | MUMBAI: The Centre is exploring the use of third-party cloud data centres with companies such as NetMagic and Microsoft that will form the backbone of its Digital India initiative as it increasingly adopts cloud technology for faster delivery and looks to reduce hardware procurement costs.

The chief executive of NetMagic, Sharad Sanghi told ET that the company has held discussions with the information technology ministry, which is looking at adopting cloud not just for people services but also some of the government projects. “The ministry wants to ensure a common level of technical competency across players, have a rate card agreed and then pick and choose whoever it wants,” said Sanghi.

The BJP-led NDA government, which has launched the Digital India initiative, has been urging companies to set up data centres in the country to protect data sovereignty. The department of electronics and information technology (DeitY) is also adopting cloud computing in a big way as it looks to reduce the cost of procuring hardware and speed up project implementation.

Microsoft, which had earlier said that it will offer its commercial and cloud services Azure and Office 365 from local data centres in India by the end of 2015, also said it has held talks with government bodies to figure out a model best suited to their requirements.

“There are some state-owned enterprises that are quite open to having a dialogue on using Office 365 on the public cloud,” said Sanjay Manchanda, director, Office 365, Microsoft. State governments are trying to figure out what part of their data can be put on the public cloud, and how issues of privacy and safeguarding citizen data will be addressed, Manchanda added.

The central government is also beefing up its own cloud infrastructure both at the national and state levels. “We are increasing government cloud capacity and we are also cloudifying the state data centres so that they become part of the larger government of India cloud,” said DeitY secretary RS Sharma. He added that DeitY is encouraging “everybody to use government cloud”.

The move to public cloud will have significant savings in infrastructure procurement cost and time, and will improve the scalability and capacity of government applications, said Neel Ratan, management consulting and government leader at professional services firm PwC. “For the same amount of hardware, if cloud is used properly, you could do about 30-50 times more work, especially for the day-to-day regular websites and small applications,” he said.

According to government officials, the policy on using thirdparty public cloud services for government applications is not very clear. PwC’s Ratan agreed, saying the policy needs to evolve to provide more clarity.