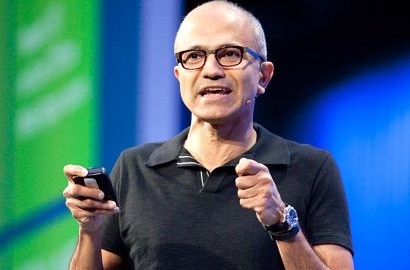 SEATTLE: The main engine of Microsoft Corp’s historic earnings power – selling Windows and Office to big businesses – is showing signs of waning, and investors are concerned that the shift to the cloud is not making up for the shortfall.

Shares of the world’s largest software company fell more than 4 per cent after hours on Monday, as it forecast a slight sequential dip in commercial licensing sales this quarter, and only a modest increase in cloud-based revenue over the quarter just ended.

The shift from the old model of selling software to companies to install on their own computers – charged as a license fee – to a cloud-based model where customers pay a regular subscription, is generally viewed as a positive move for Microsoft. But the path to the promised land may not be smooth.

“The rotation from license to subscription is going to have pain points and they are starting to show,” said Colin Gillis, an analyst at BGC Partners.

Microsoft’s Chief Financial Officer Amy Hood said on Monday she expected sales from commercial licensing, which covers Windows, Office and server products for businesses, to be around $9.7 billion to $9.9 billion in the current quarter, a sequential dip from the $10.7 billion it reported for the last quarter.

She blamed the shortfall on the continuing soggy market for new personal computers, which tends to drive sales of new Windows and Office software. Specifically, she said the slight bump in sales last year from companies trading in their old PCs running Windows XP has now been exhausted.

On top of that, Microsoft now expects revenue across the board to be pegged back by 4 per cent from currency effects of the strong US dollar.

Meanwhile, Microsoft is forecasting modest growth in its emerging cloud-based businesses. It now expects revenue of $2.6 billion to $2.7 billion from a bundle of commercial services, including its Azure cloud platform, compared to $2.6 billion in the latest quarter.

Microsoft does not break down its revenues in detail, but Chief Executive Officer Satya Nadella said on a conference call on Monday that the company was now running at an annual rate of $5.5 billion per year in revenue from companies using its cloud services.

He boasted it was the sixth straight quarter of triple-digit growth rates for its commercial cloud business. But that is chiefly due to the low comparisons to the previous year, underlining the relative early stages of Microsoft’s long and potentially painful journey into the cloud.

“We view this softer guide as another indication of the near-term pain for long-term gain that CEO Satya Nadella and Microsoft must undergo as they make this cloud transition,” said Daniel Ives, an analyst at FBR Capital Markets.