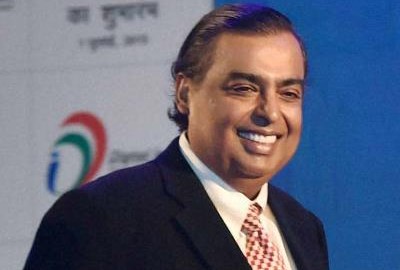 KOLKATA| NEW DELHI: Reliance Industries plans to set up India’s largest distribution network for 4G devices and has sealed exclusive distribution deals with LG, Lenovo, Micromax and Intex for the sale of VoLTE (Voice Over LTE) handsets ahead of Jio’s December launch.

Samsung has not joined the Reliance platform for its VoLTE handsets because it doesn’t want to annoy its existing distributors who have helped the Korean company attain leadership status in the Indian market. Apple’s handsets do not currently offer VoLTE features in India.

Reliance aims to reach 1.5 lakh retail shops across the country through this network, said three executives with direct knowledge of the development. It is targeting a substantial chunk of the total 4G smartphones sales in India and has already appointed over 34 zonal distributors poached largely from Microsoft, previously Nokia, and Samsung who will immediately service 1.2 lakh retailers, including some large national and regional retail chains.

One of the executives mentioned above said Reliance wanted to control the supply chain and ensure control over handset distribution as it would allow seamless bundling of its 4G data and voice services. While initially the voice component might get overshadowed by high-speed data services, the company feels that like China, the migration to VoLTE phones will be rapid and it ought to be prepared for such an eventuality. “These devices will help deliver a superior voice experience as and when a VoLTE supporting network (e.g. Reliance Jio) is available. We want all 4G VoLTE phonemakers to ride on our distribution strength because it may not be possible for them to reach 1.5 lakh touch points,” said the executive.

In a recent analyst presentation, Reliance had stated that its distribution platform will enable over 1.5 lakh small retailers and will offer them better supply chain productivity, digital payment capability, connectivity to customers and credit capability.

Of Reliance’s 34 zonal distributors, five are former distributors of Samsung’s, who have been convinced to switch sides. Of the five, two each are in the South and the North and one is from West.

A senior executive said discussions were still on between Reliance and Samsung for distribution of a few handsets and that it is possible that two may collaborate on a joint go-tomarket strategy.

In response to ET’s query, a Samsung spokesperson said it would not comment on speculation and added that the company believed in working with all partners for mutual benefit and growth. He said Samsung sells its smartphones through over 1.5 lakh point of sales, of which more than 2,100 are exclusive brand outlets.

As per the distribution agreement with Reliance, LG and Micromax have stopped selling the VoLTE handsets through ecommerce sites and other distributors. “Some like LG are selling the 3G variant of the smartphone through its own distributors, but the 4G variant is reserved for supply and sales through the Reliance network,” a senior executive said.

Reliance will also launch six of its own Lyf branded 4G handsets in the first phase, and subsequently expand the range to 12 by March.

“Initially, Reliance will launch 4G handsets priced at around Rs 8,000-10,000 to build a premium image. But, eventually the price of handsets will taper down to around Rs 4,000 to bring consumers even in the villages under its fold,” said an executive.