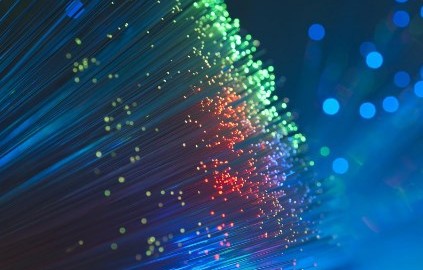 NEW DELHI: Idukki in Kerala has become India’s first district to be linked to the National Optic Fibre Network (NOFN), the ambitious government project to offer high-speed broadband connectivity in all the villages in the country.

On Monday, Telecom Minister Ravi Shankar Prasad made the formal announcement of linking the hilly district with eight block offices and 53 gram panchayats to the network. The fibre was laid by state-run Bharat Sanchar Nigam. “The establishment of NOFN would open up new avenues to launch next generation services and spur creation of local employment opportunities in a big way,” the telecom department said in a news release.

As reported earlier, the government expects to connect 20,000 villages across the country through optic fibre by the end of March. Kerala is scheduled to become fully digitally connected by end-March. Karnataka and Andhra Pradesh, also in southern India, are likely to follow next. The telecom department had advanced the deadline for digitally connecting the entire country to December 2016, from March 2017.

According to the initial timeline, the government had to connect 50,000 of the total 2.5 lakh gram panchayats by end-March.