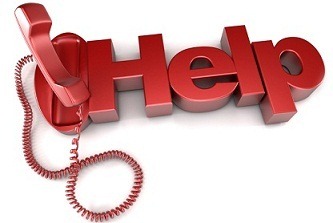 NEW DELHI: Over two years after the Nirbhaya incident brought the focus on women safety, the government has kick-started the process to set up a single emergency response number across the country for women safety. India’s version of 911 in US is proposed to be 112 and the Modi government is keen to operationalise the big project by 2017.

The Union Home Ministry on Wednesday invited bids from Information Technology Service Providers, having a annual turnover of at least Rs 1,000 crore, to implement the project within 18 months from the grant of the contract and operate the nation-wide system over the next five years. According to the Home Ministry, a centralised operations centre would be set up at Delhi and state call centres at the identified locations in all the state capitals to receive distress messages from women from mobiles, landlines, SMS, email, online chats, panic buttons in public transport, VoIP, mobile applications or Internet of Things which are future devices such as wrist bands or buttons that can send GPS coordinates to the system.

This will enable woman in distress to connect to the nationwide single emergency number through voice or data and help would reach her within minutes.

Besides the option of directly calling the single emergency number, the IT Service provider would develop a ‘Nirbhaya portal’ which would provide interface to the outside world to interact with the emergency response system where a citizen can register their phones or devices to be able to connect in case of an emergency, MHA says. The system would then identify location of person in distress and ensure timely dispatch of police to the location of incidence.

The Home Ministry has further specified that the system should integrate with existing applications on women security like “Himmat” application recently launched by the Delhi Police for the safety of women in New Delhi and “mysecurity.go.in” launched by MHA. “The Centralized Emergency Response system needs to be integrated with MoRTH (Ministry of Road Transport and Highways) Nirbhaya system that involves setting up an emergency button on Road Transport buses. The integration shall ensure that the exact incident coordinates are sent immediately to the central operations center and routed to the state call center for quick response to the incident,” the Home Ministry has specified.