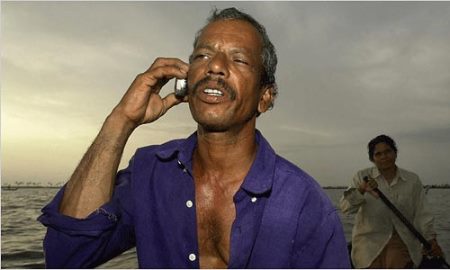 NEW DELHI: The government has constituted a 14-member task force to catalyse the growth of mobile phone and component manufacturing ecosystem in India, which is on a downward spiral, with the aim of providing much-needed impetus to Delhi’s ‘Make in India’ plans. The panel, which includes representatives from the department of electronics and IT (Deity) and heads of leading local and international mobile phone companies operating in India, has been assigned a 20-point agenda to promote local manufacturing of mobile phones, according to internal ministry documents dated December 8, reviewed by ET.

The committee will have to create a viable roadmap and vision document that broadly outlines investment targets into this sector over five years till 2019. The panel’s recommendations will include technology and demand forecasts aligned with potential landscape of the industry over this period. It will come up with a preliminary report within eight weeks of its first meeting, the date of which is not known yet.

Top smartphone makers Samsung India, Micromax, Lava and Karbonn, which hold more than half the market, will be part of the task force along with upcoming players like Sony, LG and Microsoft, which will be headed by Indian Cellular Association’s president Pankaj Mohindroo, the documents showed. The seven-month old government has set an aim to achieve production of 500 million mobile phones by 2019 and an annual manufacturing output of Rs 150,000 crore to Rs 300,000 crore, roughly a quarter of the world’s handset manufacturing. In the same time frame, a turnover target of Rs 50,000 crore for the component making industry has been set. The panel will also recommend possible measures for creating intellectual property and promote innovation in the sector and increase exports from India to 120 million mobile phone units by 2019 from the present level of 30 million.

Prime Minister Narendra Modi has launched an ambitious project to make India a manufacturing hub of electronics, beginning with mobile phones, which will help boost growth and employment, besides making India less dependent on imports that are set to rise to $400 billion, surpassing oil, by 2020. The government recently said that the country imported telecom products worth Rs 69,516.37 crore in 2013-14 while exports of such items were at Rs 20,475.17 crore during the year, leaving a significant deficit of Rs 49,041.20 crore.

Moreover, production of mobile handsets in the country is projected to be down by more than half even as import of handsets is expected to rise by over 18% in 2014. The task force will also give recommendations to provide enabling business environment, policy standardisations and rational duty structure among other critical areas such as skill development and generating employment opportunity for 1.5 million people.